I joined Twitter in 2009. I’ve used it for 13 years. I built a list of folks with interesting things to say. Military vets. Technologists. Politicians. Educators. People. I loved it. I got a lot of news days ahead of other media sources and I learned of things that just never got to me otherwise.

And now I’m gone from it. 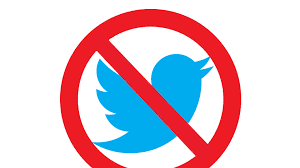 You should consider if it’s where you want to stay too. Or if it’s a platform that will still be here in a year.

Elon Musk. I already started to blog about this earlier. This is just more on my thoughts.

I’d abandon the platform based purely on how he treated the staff. On the internet, if you are not paying dollars for a service then YOU are the product. With the way he did the takeover, I’d not contribute myself to making him any money regardless. He was a giant asshole and he directly harmed thousands of employees, seemingly because he thought he knew better.

But it’s worse. His supposed “free speech” acts on the platform are actually hate enablement. The amount of bots, white supremacy, anti-semitism and outright hate speech has exploded on the platform. Who would stay?

And even before he took over, the algorithm was just feeding me a non-stop pile of things that I did not want to see. I literally could not block them as fast as they were arriving. Then it dawned on my: the algorithm was using my blocks to decide what more to send me! I am the product! Maniplulate me! Make me angry! Get me to react!

Back to Elon Again

For all the silly media about how smart Elon is, I say bullshit. He started rich. He’s never known adversity. When you have that much money it’s really hard to fail. But we are going to find out now. I predict “Twitter is the new MySpace” and we will see if it’s still a viable business in a year. Twitter has lost 50 of it’s top 100 advertisers since Elon took over. It was losing money before. I don’t see how it’s going to get better.

And it’s truly astonishing that he thinks he understands distributed systems. Really. Dude.

But Elon really risked other people’s money. He’s rich. He may lose some money, but he’ll stay rich. Whatever.

For now, I’ll limit myself to posts on LinkedIn when I have something I want to say and get comments back. I’ll use this blog much more. And I’ll wait. The Twitter replacement is being written, I can promise you that.

What About Mastadon and Others?

There’s lots of buzz about Mastadon lately. I can’t see it taking off outside techie circles. It’s too much work. The techie in me is super intrigued by nostr but it’s way early days. I don’t see either of them really being the thing yet. This writeup captures it best.

I’ll be on LinkedIn and putting in more effort here. I’ve deleted the bird from my devices. And on my computer? I edited /etc/hosts and added:

The bird is gone. It’s dead to me. I fervently hope Elon spent $44B for nothing. My heart aches for all the great Engineers impacted, and especially for the ones who had no choice but to try to stay. I’ve had my back to a wall as well, and I’d do anything to save my family and home. It’s a sad part of American capitalism that companies can just do mass layoffs like that and harm so many people.

Oh, I didn’t delete my account. I’m still there. I don’t what someone to take my handle. I just don’t go there anymore. It really is dead to me.

So clearly no more DMs on Twitter. My linkedIn is to the left, you can send me a message there. I don’t want to put a direct email link but you can reach me at

That’s been my email address since forever ago. I don’t actually know when, but I’ve had that domain since before Y2K. If you want to find me on the Internet, you can. Just no hate please.

Good will come from this. The pain will pass. Something new will rise. Social media platforms are quite ephemeral. That’s the pattern. I can’t wait to see what rises from the ashes!